Suntech is a turnkey company. We can supply almost any type or window shape needed. Some typical shapes to consider are:

Fixed – This type of window cannot be opened.
Double hung – The window consists of two sashes that move up and down. Only half of the window can be open at one time.
Casement – Another common window, casement windows are hinged vertically to swing in and out like a door and operated with a crank.
Awning – Awning windows are similar to casement windows but are hinged horizontally.
Jalousie – Jalousie windows are horizontally placed narrow strips of glass, lowered by crank. Out of favor today, they were very popular in the mid-century.
Sliding – Sliding windows move on top and bottom tracks. They are very common and can be inexpensive.
Paladian – A paladian window consists of group of three windows with an arch over the center. These windows have become very popular in the last decade. They provide visual interest and drama to a home.
Picture – Picture windows are especially popular in ranch-style homes. They are large fixed windows flanked b y 2 casements or double-hung windows.
Clerestory – Clerestory windows were especially popular in Craftsman homes. They consist of a strip of small horizontal panes set high on a wall.
Elliptical or Arched – Elliptical or arched windows often placed above double hung or fixed windows in today’s new homes.
Bow – A curved window or set of windows that expands outward from the wall of a building.
Bay – The same as a bow window yet typically with fewer than 5 joined windows. 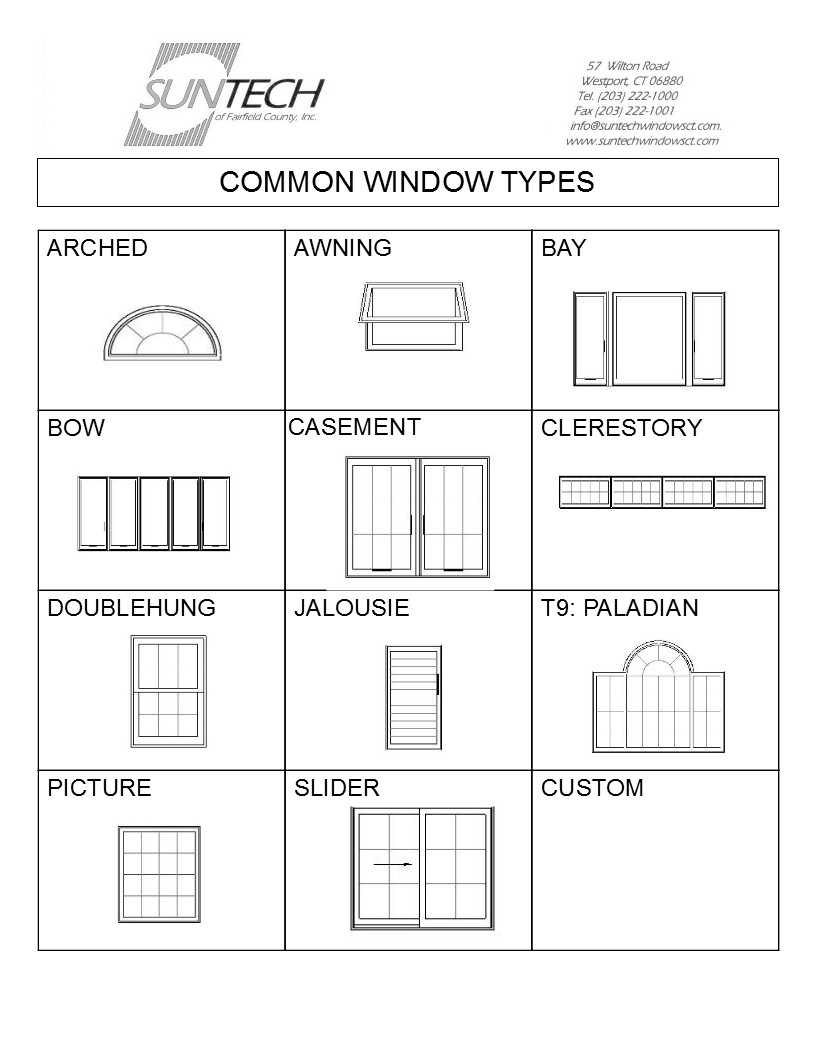